As stated above, symptoms don’t always occur due to pulmonary embolism.  When symptoms do occur (often due low oxygen levels in the blood) they can include:

Shortness of breath, wheezing or other signs of difficulty breathing normally. Along with chest pains, having trouble breathing is the most common symptom of pulmonary embolism. Chest pains can sometimes feel similar to having a heart attack. They may occur during sleep or after a stressful episode.

The National Institute of Health, called the Prospective Investigation of Pulmonary Embolism Diagnosis (PIOPED), conducted a large study. They found that:

After being examined by their doctor, some people with PE will show signs of a fever, have abnormal heart beats and have abnormal sounds coming from their lungs and heart.

Damage to one of the vital organs, which can include the brain or lungs. The term pulmonary hypertension refers to damage caused by increased pressure in the pulmonary arteries of the lungs. Pulmonary infraction is the condition caused by death of cells in the lungs, and damage to lung tissue because of a lower oxygen supply. 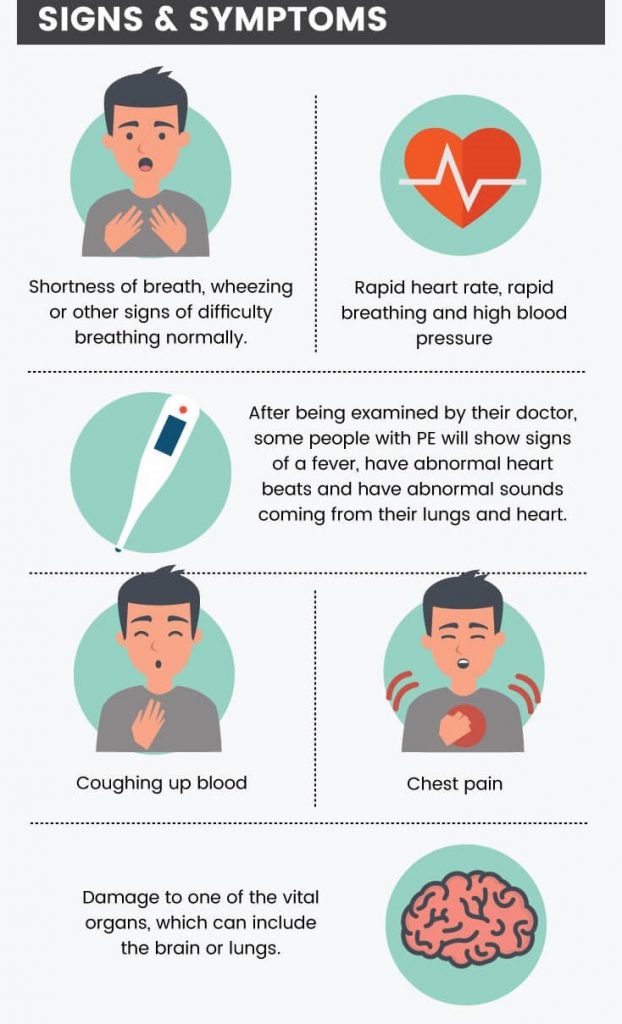 All The Glory Belongs To You!